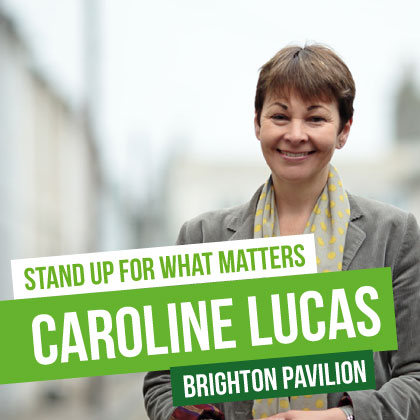 Caroline Lucas was elected as Member of Parliament for Brighton Pavilion in 2010.

She was elected as Co-Leader of the Green Party of England and Wales with Jonathan Bartley last year, having served as leader from 2008 to 2012.

From 1999-2010 she served as one of the Party's first MEPs, representing the South East region until she became the UK's first Green MP.

Get involved in the campaign