The Green Party has entered the debate on immigration today by revealing a ‘migrant mug’ in response to a Labour Party merchandising catastrophe. 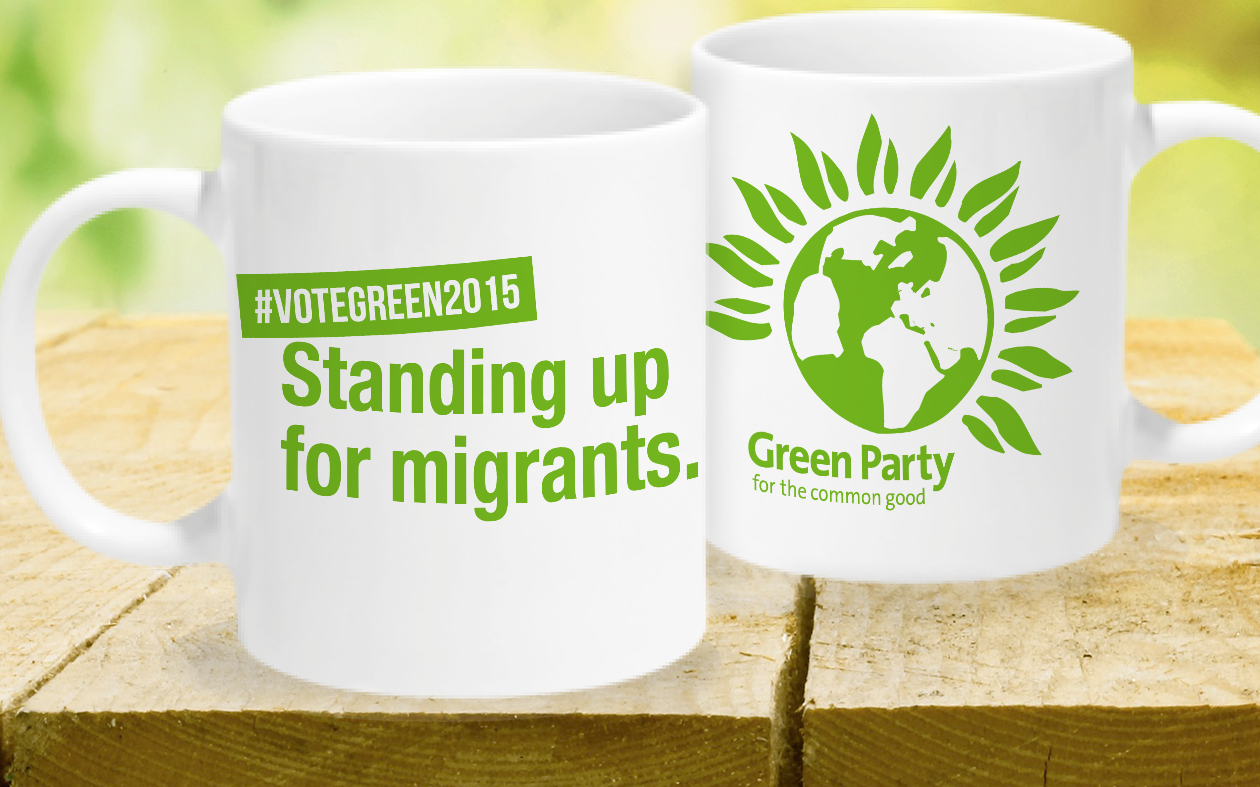 The new mug, commissioned only this morning, will feature the slogan: ‘Standing up for Migrants’.

“The Labour mug highlights a serious issue - the way in which politicians have pandered to Ukip instead of standing up to them.

“The Green Party is clear - it is government policy, not immigrants, that is responsible for major problems in our society such as low wages, overstretched schools and hospitals and a shortage of housing.

“The Green party want an immigration system that treats people fairly. We’d see an end to routine immigration detention, a fair approach to refugees and a system that doesn’t break up families.”

A spokesperson for the Green Party said:

“Labour know the real life effects of cheap rhetoric on immigration, and it’s a great shame to see them lower the tone of the debate. The Green Party want a fair, humane and controlled migration system that celebrates, rather than demonises, migrants in this country. Attacking migrants for this country's problems really is a mug's game”

Note: If you subscribed earlier, this will not unsubscribe you. You can unsubscribe using the link provided in emails you receive. You can always take action without opting in.

We’ll email you about campaigns, events, and opportunities to get involved. Find out more about how we use your information..