The Green Party is standing candidates in over 90% of seats, meaning more people than ever before will be able to vote Green on May 7th 2015.

Our featured candidate for Oldham West and Royton: Simeon Hart 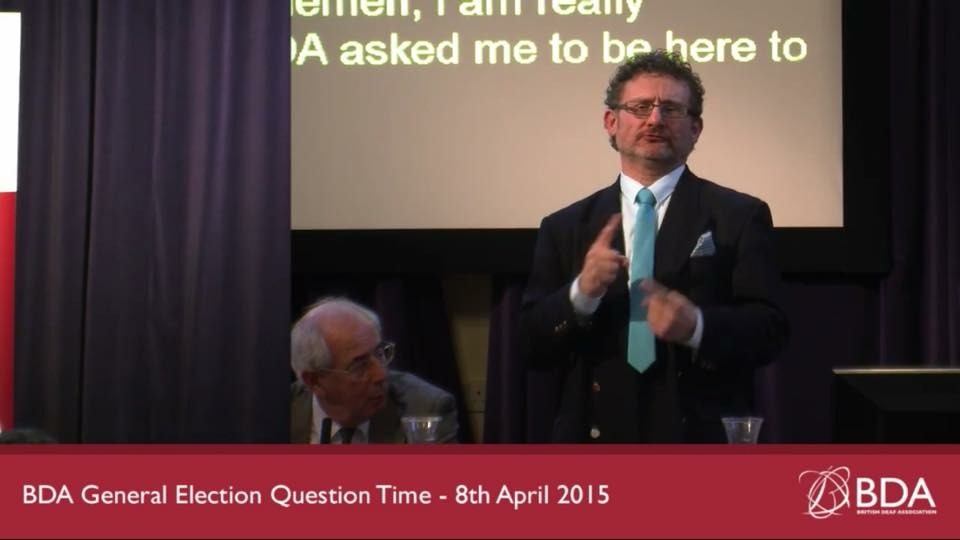 Why are you standing for the Green Party in Oldham West and Royton?
I have to be honest - I must thank David Buxton (a deaf Lib Dem) who encouraged me to stand as a Parliamentary candidate! When we discussed the upcoming British Deaf Association General Election Question Time, he prompted me to stand, which was just the encouragement I needed!

I thought why not! After hustings and votes, the Oldham West and Royton local party voted in major favour to accept me to stand as a parliamentary candidate.

What are your three top priorities if elected?

1) Right to have British Sign Language recognised as an official language like Gaelic, Welsh and Cornish - BSL (England and Wales) Act

2) The Department for work and pensions needs to improve - e.g. Access to Work needs to be changed- it unfairly impacts a great number of disabled people.

What made you want to get involved in politics?
I have been following politics since I was aged 15, encouraged by my late father who was also deaf. He supported the Tories, but found there are many barriers for deaf people trying to get involved in politics. In 2008, I joined the Green Party, and since then have campaigned within the party to provide greater access for deaf people. Recently, I set up Deaf Green Party which has attracted some keen interest amongst the deaf community in the UK.

What's your favourite thing about your constituency?
I love the diversity of my constituency, there is a such a strong sense of community.

Who is your political hero?
I have three political heroes that greatly inspired me: Nelson Mandela, Margaret Thatcher and Caroline Lucas. They inspired me because they achieved seemingly impossible goals and were 'firsts' in their chosen field- they inspired my to aim to be the first deaf and BSL user MP!