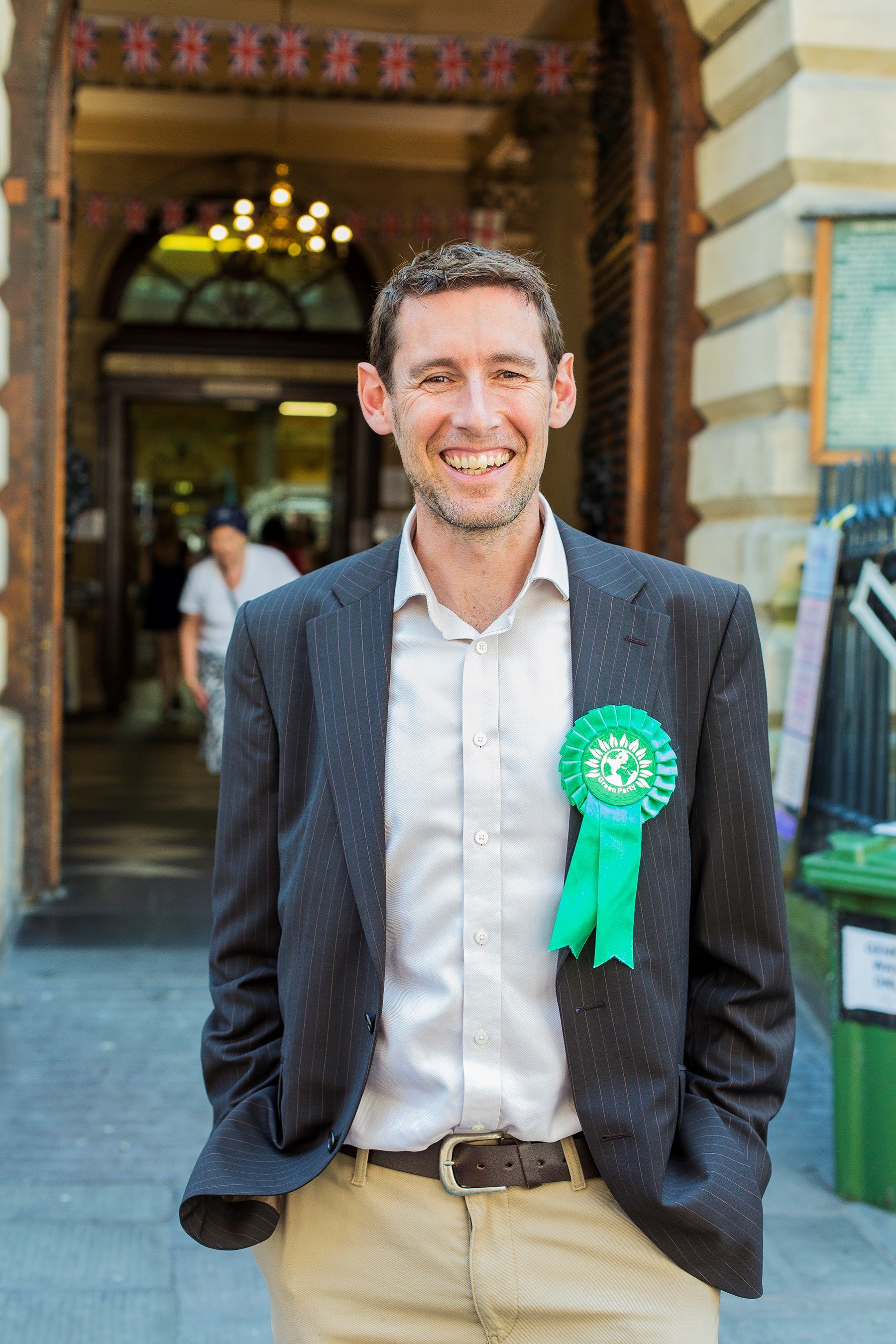 Darren Hall is a former RAF Engineering Officer who then worked for the Home office for 10 years in crime reduction and drugs treatment. In 2011 he transferred into Local Government to become the manager of Bristol Green Capital Partnership, and in 2013 project managed the team that won the European Green Capital Award for Bristol. He is now the Executive Director of a social enterprise that operates the UK's biggest festival of sustainability

Darren entered politics in 2014. He is a Board Member of the Bristol Community Land Trust and a founding Trustee of the Making Waves Foundation. In his spare time, Darren is a keen cyclist and surfer, and the managing editor of Good Bristol magazine.

Why are you standing for the Green Party?

I am standing for the Green Party because of my belief that climate change is the biggest threat facing humanity and that the world is becoming increasing unequal. There is a sweet spot for the future if we can bring together social and environmental justice. The Green Party is the only party brave enough to set out a truly different vision for the future and not compromise on its principles.

What are your three top priorities if elected?

My three priorities are:
- Devolution of powers that will allow Bristol to tackle its transport and housing issues.
- Reversing NHS privatisation. We need to return the NHS to its founding principles and reinstate it as a high quality publically funded service, totally devoid of private interests.
- Protecting our natural resources through renewable energy and the move to a circular economy. We have to treat the environment as the source of life, and live within its limits.

What made you want to get involved in politics?

I wanted to do more to help Bristol become the city it can be. Bristol is flourishing, independent, entrepreneurial and diverse, but it is also congested, polluted and divided. I want to tackle inequality in my constituency. Investing in low-carbon jobs, setting up a city-wide integrated public transport system, and celebrating diversity are all ways in which we can do this. I want to represent Bristol's distinctive voice in Westminster, speaking up for fairness and common sense.

What's your favourite thing about your constituency?

I love the variation, the different cultures, and the creativity. We have an amazing history of innovation and Bristol is a hotbed of thriving community groups. From innovative solutions to food waste, to political pressure groups, to self-build housing projects, the boundless energy of Bristolians is inspiring. I want to get the devolved powers for Bristol that mean people can make the most of our city.

Who is your political hero?

Although not strictly political, the speech that has inspired me the most is Carl Sagan's "pale blue dot". It sums up my thoughts about how short sighted humans are as a species, and that we need to treat the plant as "our home" rather than some temporary abode that we can just use and abuse. The first photos of the earth from space really kicked the environmental movement into gear, and Voyager's photo as it left the solar system gave a fresh opportunity to reflect on the beauty yet fragility of our environment and it's resources. After all, it is what keeps us a alive and allows us to prosper. We also need to respect and care for one another, not seek to overpower and destroy through aggression and tyranny. To quote Carl: "To me, it underscores our responsibility to deal more kindly with one another and to preserve and cherish the pale blue dot, the only home we've ever known."