Green Pledge: Keep out the Tories. Keep Labour in Line.

Natalie Bennett, the leader of the Green Party, has launched her party's 'MP Pledge' today. It promises that Greens will 'Keep the Tories out. Keep Labour in line and stand up for what matters.' 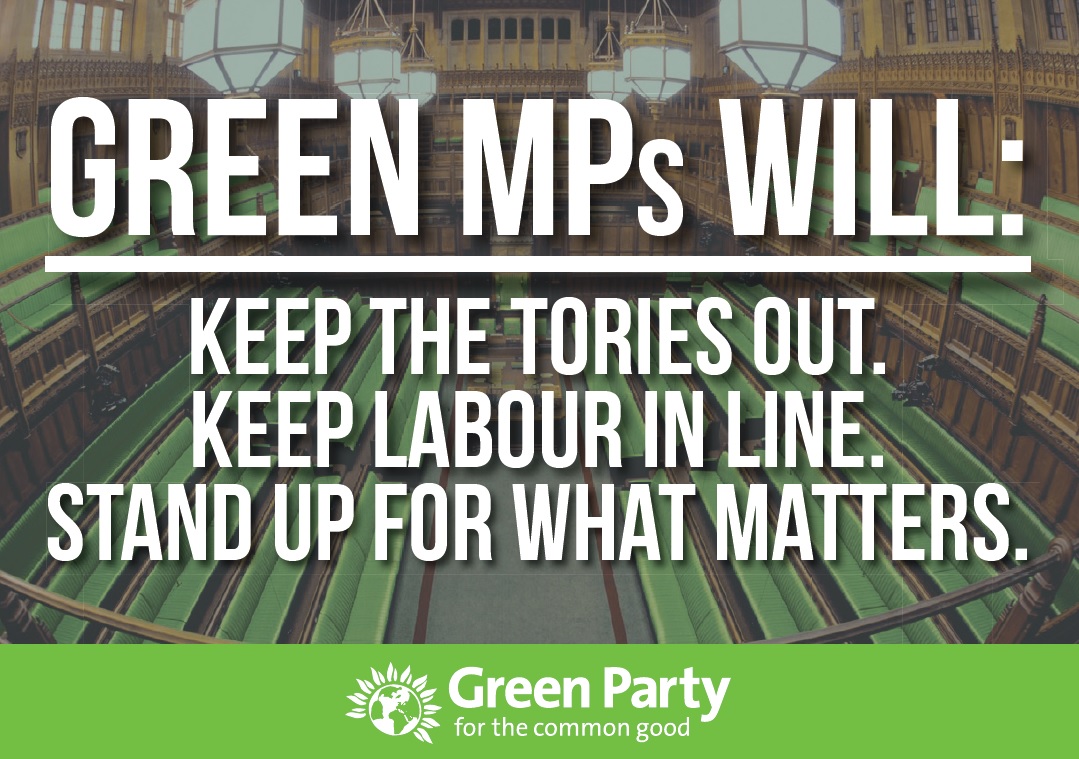 Bennett spoke to voters in Bristol this morning after spending the morning visiting a food distribution centre which helps families struggliNng to get by.

Yesterday evening Bennett spoke to hundreds at a rally in Bristol, and she'll spend the rest of the morning speaking to voters in the city before returning to London.

Bennett has visited Bristol four times in the last fortnight and, with the latest polls showing a 21% swing towards the Green Party in Bristol West, she's hoping her party's candidate, Darren Hall, will be part of a group of Green MPs in Parliament.

"What I'm pledging today is that Green MPs will always stick to their principles, and stand up for what matters.

That’s why we’ve made it clear that we will do all we can to lock out a Tory government.

It’s why we’ll give a Labour minority administration the backbone it will so desperately need on issues like Trident, climate change and the cuts.

And that’s why Green MPs – Green MPs like Darren Hall – will be straining every sinew to end the vicious austerity experiment afflicting this country. It’s why they’ll take the fight against fracking into Parliament and beyond, and it’s why they’ll never, ever blame the crises caused by bankers and politicians on the most vulnerable people in our society."