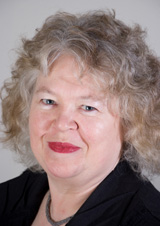 Jean Lambert is the Green Party's MEP for London. Within the European Parliament and beyond, Jean works on a range of issues including asylum and refugees, employment and social affairs, and human rights and civil liberties.  Jean is a member of the European Parliament Employment and Social Affairs Committee and substitute member on the Civil Liberties Committee.  She is also Co-President of the Parliamentary Intergroup on Ageing, Vice-President of the Anti-Racism Intergroup, and a member of the Intergroups on Disability, LGBT rights, Trade Unions, Extreme Poverty and Human Rights, Youth and Western Sahara. In 2005, Jean was named the top MEP on Justice and Human Rights by Parliament Magazine and she is currently the Green Party spokesperson on Immigration.

Jean began her career as a teacher of modern languages at a secondary school in Walthamstow, east London.  She continued to teach for more than two decades, until leaving the profession in 1999 to concentrate on her Euro election campaign.  Her career as a teacher stood her in good stead for managing outspoken politicians in the European Parliament.  Jean lives in the borough of Waltham Forest, east London.

Jean joined the Ecology Party, which would later become the Green Party of England and Wales, in 1977.  She proceeded to hold a number of positions including Co-Chair of the Party Council, Chair of the Party Executive, Representatives to the Federation of European Green Parties and Political Liaison to the Green Group in the European Parliament, before being elected as the Green Party’s MEP for London in 1999.  She was re-elected with an increasing share of the vote year on year in 2004 and 2009.