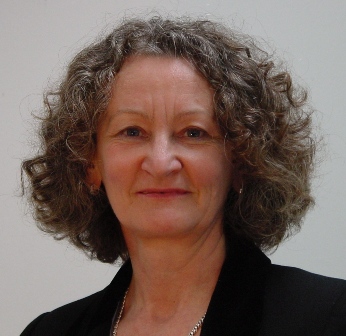 Jenny Jones, Baroness Jones of Moulsecoomb joined the House of Lords in 2013, having been chosen for this appointment in a ballot of all Green Party members.

She was a Green Party member of the London Assembly from its creation in 2000 until standing down in 2016. In 2003/04 she was appointed Deputy Mayor for London by Ken Livingstone and worked closely with him during his second term as Mayor when the greens successfully initiated a series of environmental and social projects.

Jenny also served as chair of London Food (2005-08), having proposed the setting up of the organisation. She has sought to improve the food that is on offer to Londoners and to reduce its environmental impact.

Her most successful roles were as the Mayor’s Green Transport Adviser (2004-2008) and Road Safety Ambassador (2001-2008), during which time the number of people killed and seriously injured on London’s roads decreased by over 2,000 with 20 mph zones and increased traffic policing. A report she commissioned led to the creation of the hire bike scheme and London’s cycling superhighways.

On the Assembly, she chaired the Economy Committee, the Housing Committee and was Deputy Chair of the Policing and Crime Committee. Her work, including several reports, has a strong emphasis on civil liberties, sustainability and social justice.

She was the Green Party candidate for Mayor of London in 2012 and came third.

She sat on the Metropolitan Police Authority from 2000 to 2012 (when it was abolished) where she held the Met and the Mayor to account, particularly on civil liberties. She has consistently called for greater police resources for the enforcement of road traffic laws, and for better support for victims of crime.

She was also elected onto Southwark Council, from 2006 to 2010 and got a motion approved for them to become a Living Wage employer.

In all her roles, Jenny has raised awareness of the dangers of climate change and the urgent need to reduce greenhouse emissions. Jenny has been a member of the project board that was leading the delivery of the East London Green Grid of open spaces.

In 2004, Jenny was named as one of 200 'women of achievement'. Before her election, Jenny Jones was an archaeologist working mainly in the Middle East and a former chair of the Green Party Executive.

More about Green achievements on the London Assembly