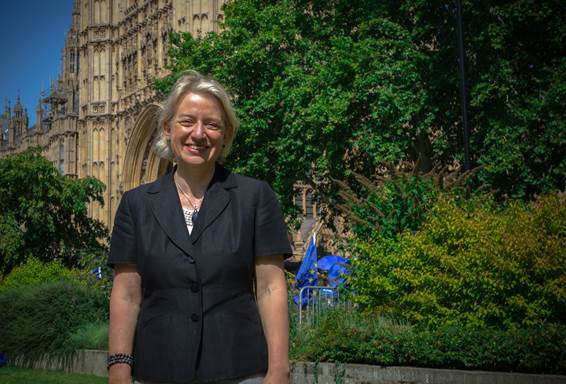 She was leader of the Green Party of England and Wales from 2012-2016, leading the party to a result in the 2015 general election that totalled more votes than in all of the previous general elections added together. As leader, she was also the first Green to take part in the national television debates that year.

Natalie continues to work full time on politics, particularly focused on the North and the Midlands, with lots of her time taken up with supporting the anti-fracking movement.

Natalie was appointed to the House of Lords, joining Jenny Jones to become the second Green peer, in September 2019.

She’s also a member of the board of the European Green Foundation, so has regular contacts with Green parties across Europe.

Born in Sydney, Australia, Natalie migrated to the UK in 1999. She lived in London until 2016, then moved to Sheffield.

She started her career as a journalist in rural New South Wales and has worked for the Bangkok Post, the Telegraph, the Independent, The Times and spent five years as editor of the Guardian Weekly.

Natalie obtained a degree in agricultural science from the University of Sydney and has worked on farms in Australia. She then did an Asian Studies degree, focusing on the female prime ministers of South Asia, and a Master’s in mass communication from the University of Leicester, with a thesis on the relationship between readers and texts on the internet.

She spent two years in Bangkok working with the National Commission on Women’s Affairs, on its report to the UN Committee on the Elimination of Discrimination Against Women. She also worked as a consultant with the International Labor Organisation (ILO) on child labour issues and World Health Organization (WHO) on women’s health.

A trustee of the Fawcett Society, Britain’s pre-eminent women’s issues group, until 2012, she was the founder of the blog Carnival of Feminists.
She’s a champion of the universal basic income, and is particularly interested in food security and farming issues. Within the party she’s been an active worker on policy, on issues ranging from the abolition of the Corporation of the City of London to supporting the UN Sustainable Development Goals, proportional liability on the roads to ending all unnecessary single-use plastics, and the rights of asylum-seekers and sex workers.